Canada, a country of fabulous nature and harsh natural conditions, occupies most of North America. It also includes many islands: their total number (4 million) exceeds the number of islands in all other countries combined. The area of ​​Canada is 9,984,670 km², and this is the second figure in the world. It is washed by the Arctic, Atlantic and Pacific oceans.

Long before the first Europeans landed on the coast of Canada, Indians and Eskimos already lived here. Most likely, they came here from Asia (there used to be a land isthmus on the site of the Bering Strait). Their main occupations were hunting, fishing and gathering.

The first Europeans to set foot on Canadian soil were the Icelandic Vikings, who arrived here under the leadership of Leif Erikson in 986. But they did not begin to develop their colonies here. Another 500 years passed and the inhabitants of Newfoundland saw a new ship on the horizon – this time British. It was John Cabot. Barely having time to get off the ladder, he declared the discovered lands the property of Great Britain and returned home a hero.

The French followed suit. And their expedition turned out to be much more productive. At the beginning of the 17th century, the team of Samuel Champlain managed to establish trade with the locals and found “New France”. Not wanting to lag behind the French, the British also launched colonial activities on the new continent. Power sharing in Canada was just a matter of time. 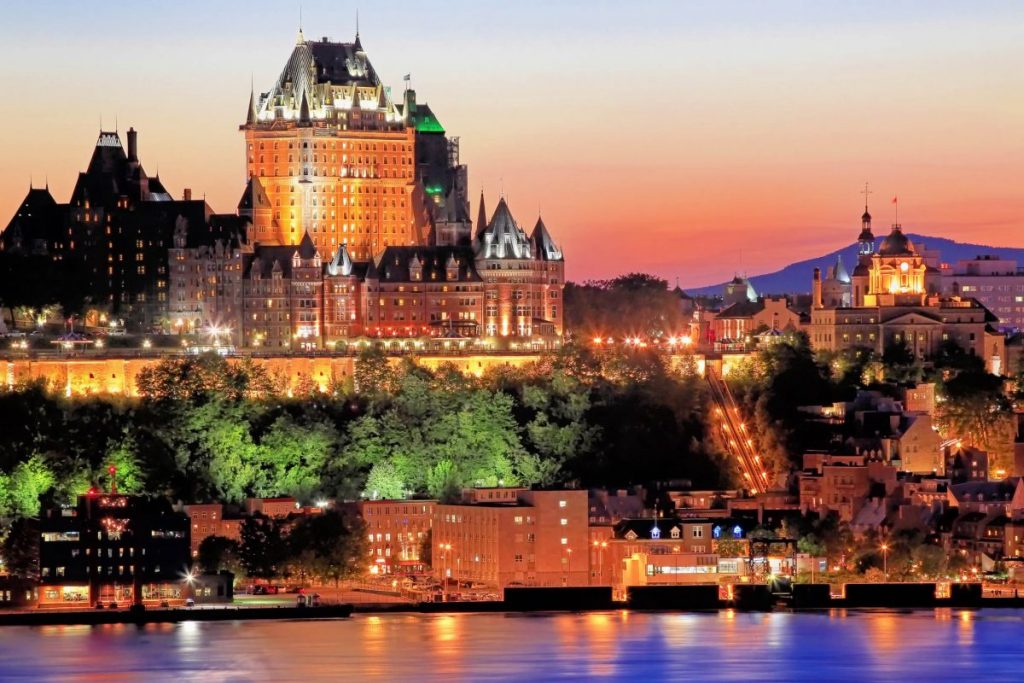 The war between France and Great Britain lasted from 1745 to 1763. Moreover, the fighting took place not only in Canada, but also in Europe. As a result, New France came under the rule of the British and was renamed Quebec. The French population of Canada was many times greater than the English, so the first thing the British did when they seized power was to limit their rivals’ rights. A wave of immigrants from Great Britain at the beginning of the 19th century helped to even out the situation. The number of English people in Canada has quadrupled, and ethnic tensions have intensified even more. The only correct solution would be to unite Upper and Lower Canada into one state – and it was taken in 1840.

By the beginning of the 20th century, it was already a strong country with a well-developed industry and agriculture. Canada officially became independent in 1931. Paradoxically, but the Second World War helped her to raise her international status and join the UN. Today Canada is a country with two official languages, but the differences between immigrants from England and France are no longer so striking, because 40% of the country’s population are descendants of immigrants from other European countries.

But there is something that all Canadians are proud of, regardless of their origin – this is nature. There are more than 40 national parks and reserves in Canada, preserved in their original form. The oldest of them is Banff National Park. It was founded back in 1885 in the province of Alberta. Deer, sheep, wolves, many rodents and more than 180 species of birds are found on the territory of 7,000 km2. But many people come here to see grizzly bears. Adults can be up to 2.5 m tall and weigh 350-360 kg. They feed mainly on berries, nuts and salmon. Despite their impressive size, grizzlies are very dexterous anglers.

And there is where to go fishing in Canada! The country has a fifth of all the earth’s fresh water reserves. Among the most picturesque lakes in Canada are Garibaldi in the national park of the same name, Maline near the city of Jasper, Kootenay on the border with the United States and Lake Louise in the Rocky Mountains. Each of them is striking in its beauty and deserves attention. Just like Niagara Falls, which attracts millions of tourists every year. In fact, the waterfall, located in Canada, is called the Horseshoe – because of its curved semicircle shape. Its width is 790 m. But there are two more – American and Veil. Canada’s most powerful: 6,000 tons of water fall every second from a height of 53 m. The best view of this mesmerizing spectacle opens from the observation deck on the embankment.