The Bay of Fundy

The Bay of Fundy is called one of the most unique places in the world. If you want to breathe in the fresh air of the Atlantic and get vivid impressions, then you definitely need to include this unusual place in your tourist itinerary.

The Bay of Fundy is a fantastically beautiful place located on the Atlantic coast of North America, between the two Canadian provinces of New Brunswick and Nova Scotia. The bay inherited its unusual name in the 17th century from Portuguese explorers. Then it was called “Rio Fundo”, which means “deep river”. 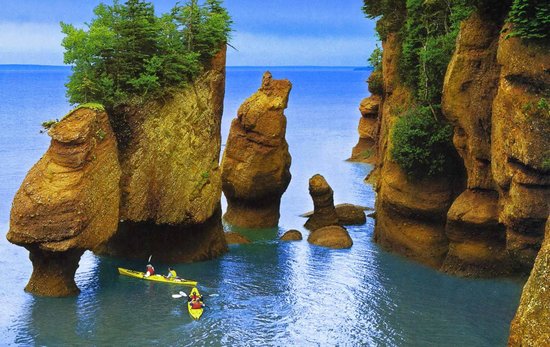 The length of the Gulf of Fendi is 270 km, the average depth is 75 m. The rivers Saint-Croix and Saint John flow into the bay. It has a huge potential for hydroelectricity, so over time it is planned to build several tidal power plants here.

The Bay of Fundy has the highest tides in the world. They can reach over 16 meters. At each high tide for twelve hours, about a hundred billion tons of water comes ashore and is sent back. This is more even if you combine the flow of all the rivers of the world. It is extremely dangerous to be on the beach during high tide, because the tide rolls much faster than a person runs.

Visiting the bay twice in one day, the tourist will see completely different pictures. Even in the morning you can take pictures on the beach next to giant stones, but in a few hours these majestic blocks, like guards, will guard your unusual boat trip. 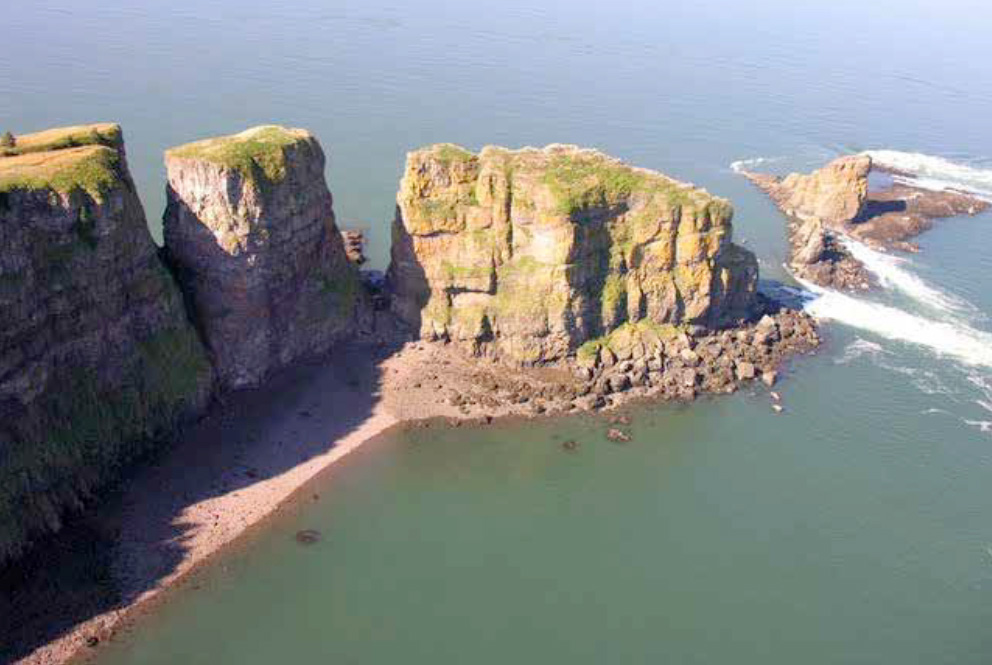 PARKS OF THE BAY

The main protected area of ​​the bay is Fundy National Park. It includes the coastal zone and picturesque mountainous areas covered with forests and meadows. It offers tourists – a swimming pool with warm water, tennis courts and golf courses, campsites and motels, 2 open-air theaters, shops, boat and kayak rentals, hiking trails. A whole network of hiking trails and a sightseeing railway pass through the park. Observation platforms are securely protected by curbs and fixed high on the rocks. At low tide, you can watch birds, marine animals, look at the seabed from them.

Hopewell Rocks is also located along the Bay of Fundy. Over the course of many centuries, the sea and the wind have formed here rocks of bizarre shapes and many caves. At high tide, the rocks look like small islands covered with vegetation. But when the tides are low, huge stone statues appear before the eyes of tourists. To capture these bizarre rocks in memory, you can go down the wooden stairs to the shore and wander among them. In order to clean the feet of tourists from coastal mud, special columns were built here. There are small taxi trailers on the territory, ready to take tired tourists to the exit from the park. Among the interesting objects of the park are the monument to Richard Bedford Bennett, Prime Minister of Canada in the 30s of the last century, and the Albert County Museum.

Due to the abundance of plankton, the waters of the bay amaze with an abundance of marine animals. Dolphins, sei whales, killer whales, seals, guinea pigs, minke whales and huge fin whales live here. 34 species of birds nest along the shores of the bay.

Only in the bay can tourists see from all angles the most powerful mammal on the planet – live whales. There are 15 species of them here, including blue, humpback and rare right whales. The Mi’kmaq Indians, who lived here for a long time, believed that it was the giant whales that made the high tides. Whales can also be seen from the shore, but most often local agencies organize excursions on special boats to places of walks or mating games of whales. Routes last from 2 to 6 hours.

THE WAY TO THE BAY

You can get to the bay by plane – first to Halifax (Nova Scotia), and then by taxi or bus along Highway 102. The best time to visit the bay is from May to September. The trip will be especially interesting in August, when the activity of whales increases and there are the most chances to watch them.